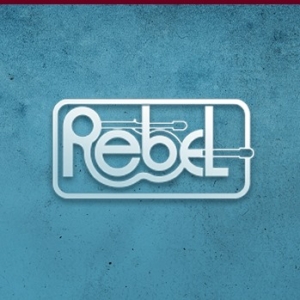 Rebel Records is the leading independent record label dedicated to promoting and preserving Traditional Bluegrass music. Known for innovation and excellence since 1960, Rebel has introduced many of the most important artists of the genre, from the Country Gentlemen and Seldom Scene to the Steep Canyon Rangers, Blue Highway, Lonesome River Band and IIIrd Tyme Out. In addition to its leading presence in Contemporary Bluegrass, the label has also been a home for legendary traditional artists like Ralph Stanley, Del McCoury and Dave Evans.

The Rebel story began in 1960 when a trio of bluegrass aficionados from the suburbs of Washington, DC, hatched a plan to launch a record label. In short order, Charles R. “Dick” Freeland emerged as the primary force that would shepherd it through the next two decades. Rebel had several successes in the middle 1960s that helped to put it on the map including the release of a 4-LP set entitled The 70 Song Bluegrass Collection and an early album by the Country Gentlemen called Bringing Mary Home. The title song from the album was issued as a single and sold over 50,000 copies.

The 1970s was a boom time for bluegrass. Weekend-long festivals were exploding the market and bringing many new converts to the music. In contrast to the previous decade, Rebel issued nearly one hundred albums from 1970 to 1979. Having developed a keen sense for the marketplace, and being in the right place at the right time, Rebel scooped up three of the top names in bluegrass: Ralph Stanley, the Country Gentlemen and the Seldom Scene. Other performers included gospel groups such as the Marshall and Shuffler families; fiddlers Curly Ray Cline and Buck Ryan; regional favorites such as Roy McMillan, A.L. Wood and the Shenandoah Cut-Ups; and names that would go on to enjoy future headliner status such as Del McCoury, Tony Rice, Keith Whitley and Ricky Skaggs.

By 1979, despite the success of the label, Dick Freeland was ready to opt out. He found a willing buyer in Roanoke, Virginia-based Dave Freeman, the owner of County Records and the County Sales mail order outlet. Freeman immediately set about upgrading the image of the label with state-of-the-art graphics, quality pressings of the record albums, and adding new talent – such as Larry Sparks, the Lost & Found, Bill Harrell, Dave Evans, the Easter Brothers, the Virginia Squires, Del McCoury, Larry Rice, Rhonda Vincent and the Lonesome River Band – to an already impressive roster.

During the 1990s, in addition to putting out the new albums of its artists, Rebel released three notable boxed sets: 35 Years of the Best in Bluegrass, Ralph Stanley & The Clinch Mountain Boys, 1971-1973 and The Country Gentlemen, 1962-1971. Another of Rebel’s crowning achievements of the 1990s was the star-studded two-CD set Clinch Mountain Country which paired Ralph Stanley with a host of contemporary country and bluegrass artists. With a line-up of guests that included Bob Dylan, George Jones, Patty Loveless, Ricky Skaggs, Dwight Yoakam, Vince Gill, Vern Gosdin, Jim Lauderdale, Kathy Mattea and a host of others, the collection won IBMA Awards for Album of the Year and Recorded Event of the Year. As of 2020, the label has won a total of 23 IBMA Awards.

Awards and accolades aside, the bread and butter for the label continues to be the ever developing roster of talent that appears on Rebel: Blue Highway, IIIrd Tyme Out, The Traditional Grass, Claire Lynch, Kenny & Amanda Smith, Paul Williams, Steep Canyon Rangers, Joe Mullins & the Radio Ramblers, Junior Sisk and, most recently, Band of Ruhks, High Fidelity, Big Country Bluegrass and The Price Sisters are just a few of the acts that have helped solidify the company’s reputation as bluegrass music’s premier record label.

With over fifty years in the business of selling bluegrass and old-time music, Dave Freeman has ceded the day-to-day operations of Rebel to his son Mark, who had been working alongside his father since 1997. No stranger to bluegrass, Mark literally grew up in the offices of Rebel Records and absorbed much of his knowledge of the music business through actual hands-on experience, starting in his young teen years. Today, his acumen guides Rebel Records as it ventures into its second half century as The Best in Bluegrass.

Big Country Bluegrass
Mountains, Mamas and Memories
The Boys In Hats And Ties

Charlie Sizemore
The Story Is...

Chris Jones
No One But You

Easter Brothers
They're Holding Up The Ladder

Jim Eanes
In His Arms

Junior Sisk & Ramblers Choice
Blue Side Of The Blue Ridge

Larry Rice
If You Only Knew: The Best of Larry Rice

Melvin Goins And Friends
I Wouldn't Miss It

Peter Rowan
Calling You From My Mountain
Carter Stanley's Eyes

Ralph Stanley
Clinch Mountain Sweethearts
Cry From The Cross
Lonesome And Blue
Memory Of Your Smile
Mountain Preacher's Child
My All And All
My Life & Legacy
Old Home Place
Old-Time Pickin'
Short Life Of Trouble
Something Old, Something New

Ralph Stanley - Ralph II
Side By Side

Shawn Lane
All For Today

Traditional Grass
The Blues Are Still The Blues

Wildwood Valley Boys
When I Get Back To Georgia