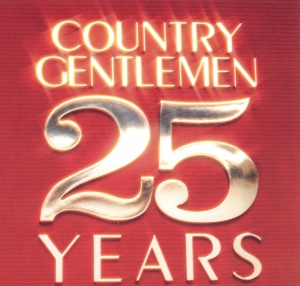 The Country Gentlemen and Rebel Records came of age together. Both entities were formed in the late 1950s, were located in the metropolitan Washington, D. C. area, and joined forces in 1962 for the recording of a 45 rpm single. It was the start of a relationship that lasted for over 30 years and yielded at least a dozen albums.
This album, which was originally issued in 1986 on a 2-LP set to commemorate the 25th anniversary of the Country Gentlemen’s first show, may still be the best overall collection of this band’s early work. The highly influential group which featured Charlie Waller at all times also included John Duffey, Eddie Adcock, Bill Emerson, Doyle Lawson, Jimmy Gaudreau, Ricky Skaggs, Tom Gray and others over the years. Together, they set the standard for contemporary bluegrass with its use of material from various sources and innovative arrangements, all woven into a sound that was still based in tradition.