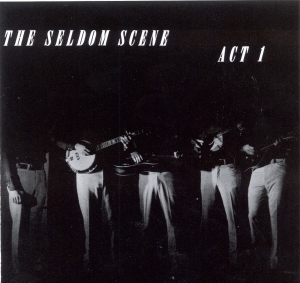 Originally released in 1972, Act 1 marked the arrival of what was quickly to become the foremost purveyor of a new wave of contemporary bluegrass groups. Led by the irrepressible John Duffey, the Scene introduced another great singer in John Starling. With two great distinctive vocalists, the band's sound was further defined by the Dobro work of Mike Auldridge, by far the smoothest and most innovative use of the instrument of that time. From the start, The Seldom Scene used a well-chosen selection of old and new material. This album includes the beautifully done “City of New Orleans” and “Raised by the Railroad Line,” plus their solid treatment of several bluegrass standards in Bill Monroe's “Summertime Is Past and Gone” and “With Body and Soul” as well as folk flavored numbers like "Darling Corey" and “500 Miles.”
11
What's This
Advertisement