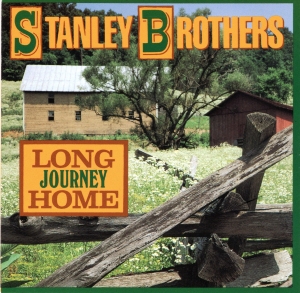 This album was recorded in 1964 for a small independent label. The producer for the session told them that he wanted “just the old, authentic, original sound,” to which front-man Carter Stanley replied, “I'll be proud to give it to you.” Originally issued as a 12” long-play album, it was known for years as “the green album” because of the green label at the center of the disc. Only three musicians appeared on the recording: Carter and Ralph Stanley and guitarist George Shuffler. They shone on a collection of tried-and-true favorites, which included a definitive version of an old Carter Family chestnut, “Will You Miss Me When I’m Gone.” But all of the songs are great. Lucy Stanley, Carter and Ralph’s mother, tagged it as her favorite Stanley Brothers album.