Charlie Sizemore - The Story Is 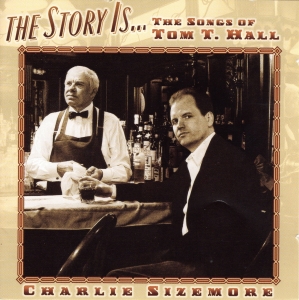 For Charlie Sizemore, it was a long road from Salyersville, Kentucky, to Rebel Records, dotted with many musical milestones along the way. Sizemore’s path to musical greatness began with a father and grandfather who played music, with a household loaded with Stanley Brothers recordings, and with a chance encounter with Carter and Ralph Stanley as a child. It was in 1966, at only five-years-old, that Charlie saw The Stanleys in concert at the local elementary school. His journey continued as a teen when he got experience playing with regional performer Lum Patton, and soon afterwards joined the Goins Brothers. The feather in his cap was becoming the lead vocalist for Ralph Stanley’s Clinch Mountain Boys at the young age of 17. After a nine year stint, 26-year-old Charlie embarked on a path of higher education that eventually allowed him to pass the bar exams in Tennessee and Kentucky.

Charlie recorded three albums that were released on the Rebel label. It was Charlie’s recording of a Hall song, “That’s How I Got to Memphis,” from his second release, In My View (REB-1727), that soared to the top of Bluegrass Unlimited’s National Bluegrass Survey. The success of “Memphis” was a portent of more good things to come. If the marriage of his voice with the songwriting of Tom T. Hall produced such good results, would not more be better? The answer was… Yes! The Story Is… The Songs of Tom T. Hall (REB-1767) is a tribute to one of country’s greatest songwriters from one of bluegrass’ finest singers.
23
What's This
Advertisement