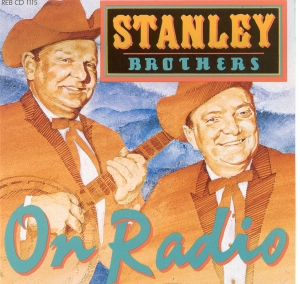 In November of 1958, Carter and Ralph Stanley left Bristol, Virginia and radio station WCYB which had been their radio home for almost twelve years. they journeyed nearly a thousand miles from their home state of Virginia to Live Oak, Florida and the Suwannee River Jamboree, a weekly radio program which aired every Saturday night from the local armory. At the time of their move, the Stanleys felt that the group had been in the Bristol area too long and had played-out the territory. They had talked to Cas Walker, the famous grocery magnet/music sponsor, about the possibility of moving to Knoxville and working out of that area. They had also talked to some people in Live Oak and apparently opted for the move to Florida. However, they kept the Knoxville deal in mind just in case their new venture proved unsuccessful.

The Clinch Mountain Boys had not been in Live Oak more than a couple of weeks when Aubrey Fowler, producer of the Suwannee River Jamboree, advised them to seek out the Jim Walter Corporation of Tampa, Florida for the purpose of securing their sponsorship for a television program. Jim Walter was very receptive to the idea and soon the Stanleys were on the air in Jacksonville and Tallahassee. The shows eventually spread to other cities such as Orlando, Tampa, and Fort Myers. Most of the shows were done live but Bill Napier, mandolinist and guitarist for the group, recalled that when they played Orlando, they would "play a live thirty minute show and while we were there we would video tape one and send it by Greyhound bus to the Tampa, Florida station. Tampa was almost all video tape. We did play a couple of live tv shows there to get it off, you know, get it started."

About the same time their television shows were being seen all over Florida and southern Georgia, the Stanleys were also being featured on a syndicated radio program which was also sponsored by Jim Walter. Naturally, it was called the "Jim Walter Jamboree." Most of the shows were recorded at the little radio station in Live Oak, WNER. The tapes were then sent to the folks at Jim Walter who distributed the shows to radio stations all over the deep south.

When Carter and Ralph went to work for Jim Walter, their music was in a state of transition. The singing had always been the main feature of the Stanley Brothers' music but the instrumental punch had always been there to back it up and drive it along. For the first eleven or twelve years of their career, they had always carried a full five-piece band with rhythm guitar, banjo, mandolin, fiddle and bass. They used this combination of instruments to help give their music the hard, lonesome sound which had become their trademark. However, in 1959, Syd Nathan, president of King Records, disenchanted with the bluegrass sound of the Stanley Brothers began recording the group with banjo and guitar as the only lead instruments. Besides ridding the band of the fiddle, an instrument which he hated, Syd felt that the new style would help separate the Stanley Brothers from the rest of the bluegrass bands. The singing was still there but the music had a much more mellow, laid-back feel to it.

The Jim Walter programs represent an attempt by Carter and Ralph to fuse their old sound with the new. Bill Napier laid down his mandolin and picked up his guitar and made the Stanley Brothers the first major bluegrass-styled band to use that instrument in a lead capacity on a regular basis. The crisp sound of the mandolin was gone but the Stanleys continued to feature plenty of good mountain fiddle by such greats as Chubby Anthony and Ralph Mayo. The Stanleys switched back and forth from the guitar sound to the old sound several times in the early 1960s. However, as soon as George Shuffler assumed the job of lead guitarist, the instrument became a permanent fixture in the band.

For the Stanley Brothers, the years spent with Jim Walter were the most rewarding financially. If they felt that they were losing ground in Bristol, the promise of steady work with Jim Walter must have been a welcome relief. The association was rather brief and lasted only a few years. After their affiliation with Jim Walter ended, Carter and Ralph were never again connected with the type of musician/radio sponsor relationship which had existed throughout much of their career. Their performances for Jim Walter occurred at the end of an era when country and bluegrass musicians were featured on live radio broadcasts. they continued to make guest appearances on different radio and television programs such as the WWVA Jamboree in Wheeling, West Virginia, Oscar Brand's folk music program which was sponsored by the Social Security Administration, and Pete Seeger's "Rainbow Quest" television show. However, none of these were ever on a regular daily basis as their shows for Jim Walter had been. The lack of regular media exposure and the entry of rock and roll to the music scene increased the hardships which had been placed on the Stanley Brothers and their music.

These shows are a pleasant reminder of days gone by. In addition to documenting a time and place in the history of bluegrass music, these recordings also provide a sample of some excellent music by Carter and Ralph and the Clinch Mountain Boys. Carter's singing was, as always, very forceful, moving, and most of all sincere. His rhythm guitar perfectly accented the emotional qualities of his singing. Ralph was also very inspiring. His banjo playing was good and solid and featured many of the little licks which established the Stanley style of banjo playing. His tenor also added to the lonesome qualities of their sound. In addition to the music, there is all the talking between songs, the little introductions and pieces of history about the selections, the bits of small talk between band members, Carter thanking the listeners for the nice cards and letters, and the dedication of songs to the sick and shut-in listeners. All this helps to convey the friendly, congenial manner which characterized the Stanley Brothers. When considering these programs as a whole, the quality and excitement of the music and the warm, relaxed atmosphere created by the amiable dialogue, it is easy to see why the Stanley Brothers have stood the test of time and are recognized as one of the premiere bands from the golden age of bluegrass music.