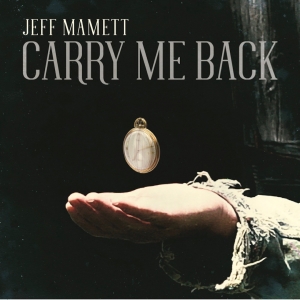 What others are saying:

JEFF MAMETT/Carry Me Back: ... hits all the right notes in unfurling it's vast charms, you ain't heard nothing like this since we all went back to Luchenbach with Waylie, Willon and the boys. Hot stuff.

Mamett’s voice has the kind of low country tones that render his vocals instantly classic...Carry Me Back Is A Cattle Drive Down The Plains With A Cowboy Poet

As evident from the opening song from Carry Me Back, Jeff Mamett is the real deal. ...pure country...this album doesn’t rock … ever, but it sure does roll. This is a true Country and Western artist. ”

He is a storyteller, influenced by writers such as Guy Clark, John Prine and Mark Twain.

Jeff’s songs have an authentic, earthy quality, sprinkled with wry humour. They unfold like 3 1/2 minute movies with soundtracks that merge elements of American Roots music into what some have called a ‘modern western’ sound.

Jeff began performing at 13, working with older musicians, playing dances, bars and fraternity parties. After high school, he honed his skills hitting the road with club bands, grinding out 6 sets a night 6 nights a week before ending up in L.A. and then Nashville. There, he gained experience recording and touring with various artists.

Once he and his wife began to have children, Jeff made the decision to leave the road and the music industry to be a dad. The next 25 years would be spent in the cattle business.

In 2013, like Rip Van Winkle waking from his long sleep, Jeff began feeling the compulsion to begin playing again and songs began flowing from his imagination mingled with life experiences.

Jeff's new album, containing 12 original songs, is entitled “Carry Me Back”. It was produced by lifelong friend and Trace Adkins steel player, Wayne Addleman. Brian Wooten, Brent Wilson and John Richardson from that band also poured their creative energy into the project.