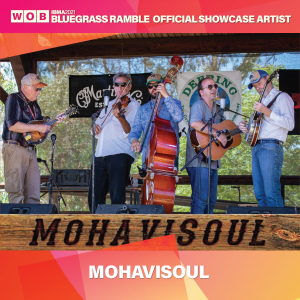 “Make It Up” New MohaviSoul Single Released
MohaviSoul’s new single from their upcoming new album "Stories and Memories" is a whimsical tribute to Mark Twain’s tenure during the Civil War and Reconstruction as reporter & editor at Virginia City’s paper, Territorial Enterprise, 1862-1868. Mark Twain was quoted as saying: “Get your facts first, then distort them as you please. More outrageous the hoax, the greater the evidence of talent, Greater the indignation by papers hoaxed, more applicable the epithet of 'one horse.’” Twain was one of the “Godfathers” of yellow journalism (aka “fake news”) as he never let facts get in the way of a good story. This song is a collage from some of Mark Twain’s crazy days and deeds out West during the Nevada Silver Rush and Civil War. Now available for DJ download and Airplay!!

MohaviSoul Release New Album “Hometown Blues”
San Diego, CA – Mannequin Vanity Records is pleased to announce the August 10th release of Hometown Blues, the third album and first full length by MohaviSoul for the label. Since the formation of MohaviSoul in 2012, Randy Hanson and Mark Miller have established themselves as original songwriters in the bluegrass community. Combining their love for contemporary bluegrass and Americana storytelling, their music falls somewhere between The Steel Drivers, Seldom Scene, and NewGrass Revival. Hometown Blues is a soulful American journey of storytelling hallmarked by great melodies, instrumental prowess woven with great harmonies, and blended into original Contemporary Bluegrass & Americana music!! MohaviSoul has had some worldwide radio hits over the past few years with "Blue Diesel" and "Lonesome Now" from their second CD Blue Diesel. MohaviSoul is Mark Miller (guitar, vocals, songwriting), Randy Hanson (mandolin, vocals, songwriting), Orion Boucher (bass, vocals), and Jason Weiss (banjo, vocals) that also features John Mailander on fiddle and Will Jaffe on Dobro. Hometown Blues is 12 original songs written by Mark Miller and Randy Hanson (MohaviSoul Music – BMI) and performed by MohaviSoul in the great Southern California contemporary bluegrass tradition. So take MohaviSoul home with you and give a listen to a road less traveled!!