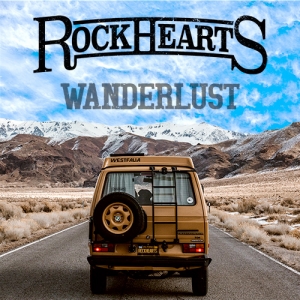 Alex describes the debut single as a song that explores the yearning to constantly move and not remain static. A phenomenon that occurs with many “adult military brats” who moved frequently as children. It’s a song that I would dedicate to every adult “military brat,” who by simply being born into a military family, had to move frequently, often leaving friends and loved ones behind, always being the “new kid” and trying to make sense of it all, never knowing where “they’re from.” Not so much the story, but the genesis of the story.

Joe Deetz’s career on banjo spans over 40 years. A New England Bluegrass Boy with Joe Val, Joey has also worked with Frank Wakefield, John Herald, Back Eddy and many others. He has recorded with John Herald, Will Scarlet, the Beach Boys and Carole King. Joey was also featured on the Sesame Street recording of The Garbage Man Blues. His passion for bluegrass is evident in his tasteful yet driving banjo and harmony singing. He lives in Mendon, MA with his wife.

Alex MacLeod grew up in bluegrass. His father and mother, Sandy and Geri, exposed him to the music early on. While his dad Sandy played in the band, his mom clogged with the Ralph Case Cloggers in Maryland. With a classic leading voice and rock-solid rhythm guitar, Alex has served as front man for several bands in the region including Northern Lights, Southern Rhode, Back Eddy, and the Iron Skillet Band. He lives in Charlestown, RI with his wife and four daughters, Raechel, Maicey, Grace, and Piper.

Billy “BT” Thibodeau boasts an undeniable bluegrass pedigree, and he brings his high tenor and lead vocals, along with his fastidious mandolin and splendiferous guitar playing to Rock Hearts. A multi-instrumentalist, Billy has been picking and singing bluegrass for several decades. Cutting his teeth with his Dad, Sam Tidwell and Uncle Bob in the Kennebec Valley Boys, he would later lead his own band, The Bill Thibodeau Band. He has also played with the Descendants of Bluegrass, Bluegrass Supply Company, and Union River Band, just to name a few. Billy currently teaches music and works at Rick’s Music in Cumberland, RI. He lives in Cumberland, RI.

Rick Brodsky is a multi-instrumentalist who has played within numerous musical genres over the past 35 years. Rick is a regular on the Connecticut/New York bluegrass scene and has played bass for numerous regional and national artists including Jonathan Edwards, Jeff Scroggins & Colorado, The Korey Brodsky Band, Stacy Phillips & His Bluegrass Characters, and Laura Orshaw & The New Velvet. You can hear Rick’s bass playing on several of Ben Freed’s highly acclaimed banjo albums and more recently on Korey Brodsky’s 2015 album.