Kelley Nelson - In The Waiting 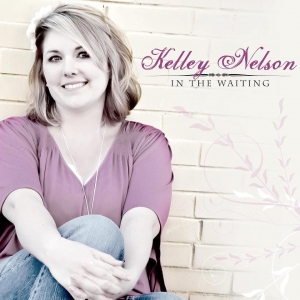 On December 18th, Kelley Nelson released her highly-anticipated all-gospel project, "In the Waiting" . This new album was produced by award-winning singer, songwriter, producer, and recording artist Steve Gulley, and it includes the talent of many of the industry's top musicians and vocalists. The first gospel project from this talented Virginia native is quickly becoming a fan-favorite and is making it's mark on radio playlists throughout the nation and in many other countries across the world. With cuts from several accomplished songwriters, including Kim Williams, Mark Wheeler, and Marty Funderburk, among others, the songs on this album are sure to stand the test of time. The combination of top-notch songwriting, astonishing musicianship, fine production, and Kelley Nelson's heart-felt vocals prove that this album is well on it's way to establishing this artist in the realm of Bluegrass and Christian Music.
With roots that run deep through the Appalachian Mountains, Kelley Nelson was introduced to Bluegrass Music at a very young age by her grandfather, and learned to sing in her church choir as a child. She was also influenced by traditional Country Music of the 70's and 80's and now is a fan of many types of music, including Contemporary Christian. As a songwriter, she contributed one song to her current album entitled, "Call on Me". She co-wrote the song with Dave Woods, host of the "In the Country" radio program. Kelley is also co-writer on "Where My Darlin' Waits for Me", which was recently released by Rural Rhythm Records on Ray Edwards's Portrait of a Bluegrass Songwriter.
After performing in her own bluegrass band for the past 6 years, Kelley has decided to fully pursue Christian Music. She states, “I am so excited to release my first Gospel album! My heart’s desire is to share the music in my soul with others, and to have the opportunity to touch others with the gift God has placed in me. It is such an amazing and humbling experience! Words can't describe how honored I feel to have had the opportunity to work with these musicians on this record and I am so excited to see where this road will lead!"