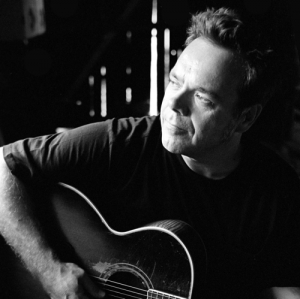 Jeff Black was born in Kansas City Missouri and lives in Nashville. His songs appear on recordings by Alison Krauss, Waylon Jennings, Jerry Douglas, Dierks Bently, John Oates, Blackhawk, Jo-el Sonnier and the soundtracks of "The Thing Called Love" The acclaimed PBS documentary "The Appalachians" and Sundance Film Festival's Grand Jury Prize Winner "Steel City". Sam Bush has championed him with recording many of his songs including "Same Ol' River","King Of The World" and the long time collaborators co-wrote the title track to Sam's Grammy nominated album "Circles Around Me".

A master songwriter and troubadour, his soul driven live performances of songs from his vast catalog are not to be missed. WUMB Boston listeners voted Black one of the top 100 Folk artists of the last 25 years.