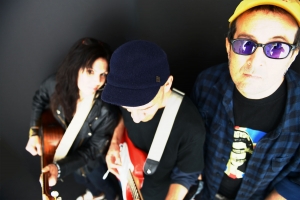 Click here to go to The Nashville Pieholes - Neon Boneyard

Up-tempo train beat murder ballad. It is based on domestic violence. I know this story is true for some or happened to someone you know.

This was my first time writing with Roger Cook. Roger is a major hit songwriter. He wrote "Long Cool Woman In A Black Dress" for The Hollies, "I'd Like To Teach The World To Sing" (The Coca-Cola song), "I Just Want To Dance With You" for George Strait, "Talking In Your Sleep" for Crystal Gayle and the list goes on.

I was a little nervous but we hit it off and growing up a tomboy myself I could relate to this(I know a lot of girls will too). Roger likes to write on ukulele, so when I showed up he was strumming the intro lick on the ukulele. Roger has great memorable melodies. He has a wonderful sense of humor and the best parrot jokes! It was a lot of fun writing with Roger Cook, I really enjoyed it.

There are so many variations of music styles these days so we wanted to pay respect to that pure "Twang" song. Of course we referenced the greatest "Twangers" of all time - Hank and George. This song was recorded by the fabulous and talented pure country artist Steff Nevers from Norway. It is track #9 on his Million Kinds Of Heaven album released in February 2015. Y'all get a copy - it's country to the bone. Thank you Steff!

Up-tempo fun and sassy song with a Ramones style ending. Our live version has kind of a bluegrass edge to it.

"Fixin' to start" is a classic Southern expression for PMS. There really is a Geraldine Richter. We hear so many great expressions living in the South, we couldn't resist this one! We had our good buddy Big John Compton make us a video for this song.

The Nashville PieHoles - Biography
This is the story of 3 Canadians. Annette Barkley, Max Hutchinson and Howie Moscovitch who move to Nashville, Tennessee at different times to pursue their music careers. They eventually meet, become friends and collaborate. Each having their own style of music that collectively becomes a retro/twangy-country-punk/hillbilly sound they like to call "Stonesy & Jonesy" forming The Nashville PieHoles on March 14, 2013. On their agenda is: Writing cool songs, performing, recording and having fun! (They also bake wonderful homemade pies.)

BAND MEMBERS
Annette Barkley grew up in Southern Ontario, Canada on country and bluegrass music. In 1992 Annette moved out West to Calgary, Alberta Canada. After playing the guitar and writing songs for many years she knew she wanted to be a professional songwriter. In 2001 she drove her 1979 Ford Fairmont Futura three thousand miles to Nashville, TN.