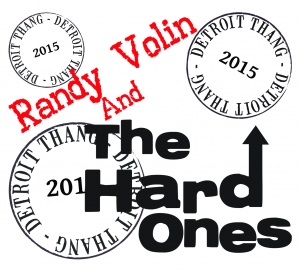 Randy Volin was born in the late 50’s in Detroit Michigan and his first memory memory of becoming hooked on pop music started the night the Beatles debuted on the Ed Sullivan Shoe. For some reason he still doesn’t quite comprehend, Randy became totally enthralled with music, especially the Blues, but he didn’t learn how to play an instrument until 1971. After Jimi Hendrix died, Randy bought his first guitar, a used Fender Jaguar (which he still has), and within 2 years he had acquired his first gig as a bass player. In 1977, Randy landed a record contract with A&M records with his band The Look, and toured extensively while releasing three albums. In 1986, Randy finally went back to his roots, and dedicated his life as a player to the Blues. From 1986 till now, Randy has played in the Tri State area of Michigan, Illinois, and Ohio continuously, while releasing 3 solo CDs. He has played with and opened for artists such as Joe Cocker, Stevie Ray Vaughan, Eddie Money, Koko Taylor, Junior Wells, Albert King, Lonnie Brooks, Cheap Trick, Steve Marriott, John Mellencamp, The Kinks, Greg Kihn, Peter Frampton, April Wine, Mitch Ryder, Sonny Landreth, Johnny Johnson, John Mayall, Jeff Healy, Hubert Sumlin, J. Geils and many, many others. Randy is a self-confessed gear head and you’ll quickly discover that Randy also has an envious stash of some of the most desirable vintage gear ever made.
Advertisement