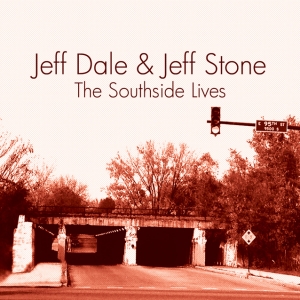 Jeff Dale and Jeff Stone were born and raised on the south side of Chicago and have been the best of friends since they were 7 years old. Before they could shave, the two Jeffs were exposed to the music and live performances of Hound Dog Taylor, Muddy Waters, Howlin’ Wolf, Koko Taylor and many more practitioners of Chicago blues. “In the neighborhood we grew up,” says Dale, “if you had your antennas up, you could feel the blues right there.”

Jeff Dale got his start fronting the award winning Blue Wave Band in the late ‘70s and playing with Lowell Fulson, Pee Wee Crayton, Etta James and many other blues greats. Jeff Dale’s current band, the South Woodlawners, have generated accolades from around the world. Most recently, Jeff Dale produced a DVD/CD of the last recorded show by David “Honeyboy” Edwards, titled “I’m Gonna Tell You Somethin’ That I Know” (2016) Hailed everywhere as a priceless, historical treasure, this Honeyboy performance backed by Dale and his band contains an invaluable 20 minute reminiscence of his incredible life by the then 95 year old Edwards. The French Blues magazine Le Cri Du Coyote said, “Honeyboy is surrounded by Jeff Dale & The South Woodlawners who play with deference and precision. An extremely valuable record of the last survivor of the legendary era of the history of Blues.” The Midwest Record review captured Jeff’s essence when they described him as “A Chicago cat that uses that connection to add authenticity to his blues, Dale is really doing his own thing under the penumbra of old school west side Chicago blues but it’s not about homage, tribute, inspired by...etc.  He’s playing from the gut.”

Jeff Stone got his professional start being singled out by the fabled proprietor “Mama” Laura Mae Gross of Babe & Ricky’s Inn – then L.A.’s premier blues spot, when she made him the host of the club’s legendary Open Mic Night. His reputation as an exceptional blues harpist who plays with soul and drive made Stone a much sought after musician. Stone’s contributions to Zac Harmon’s band garnered him many awards, including a WC Handy Award and his artistry in backing Chicago blues giant Charlie Love and the Rev KM Williams has kept him a blues festival regular. His “3 Faces of the Blues” CD was awarded the 2011 Best Blues Album of the Year, from American Blues News Magazine. Stone has played on all three Jeff Dale & The South Woodlawner CDs and is currently back in Chicago fronting the Jeff Stone Band and working with artists such as Tomiko Dixon (Willie Dixon’s granddaughter) and Joseph Morganfield (Muddy Water’s son). American Blues News raved about Jeff’s harp mastery: “I can’t say enough about this cat’s skill with the harp, he knows the role of a blues harp player and if he didn’t write the book on how to play, he’s at least added a few chapters. This man knows the blues and plays with soul to spare.”