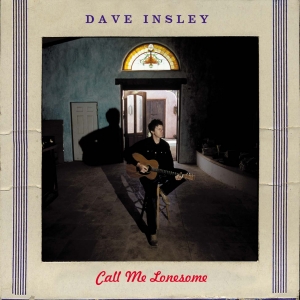 Dave Insley's Careless Smokers perform every Saturday at the White Horse Saloon in Austin Texas, from 8 til 10pm

About Dave Insley:
Insley spent his childhood near the tiny farm town of Chapman, Kansas, until Dave's family relocated to Arizona, when he was twelve.

During his high school and college years, Insley played in country and rock bands, and in 1983 his cowpunk group Chaingang debuted in Tempe, Arizona. Later, he moved to Flagstaff and ran a tongue-in-cheek folk-rock outfit called Politics or Pontiacs.

Insley’s next project was the Nitpickers, a Tempe-based bluegrass band, followed by the Trophy Husbands, who released two country records and toured the US. Insley released his solo debut, Call Me Lonesome in 2005, and was named by the Arizona Republic newspaper as "Arizona’s Best Songwriter." The CD made Third Coast Music's Top 10 Debuts of 2005.

Insley relocated to Austin a decade ago and released Here With You Tonight, debuting at Number One on the FAR chart and garnering praise from former Downbeat editor and Village Voice contributor Nat Hentoff, who wrote that Insley “immediately held my attention not by showboating, but through naturally flowing rhythms, and stories of everyday life and loss, told in a warm, unhurried and sometimes wry voice of experience.” In 2008, Insley released his grittiest album, West Texas Wine, which Good Sound called “Zen Country,” crediting Insley with “leaving melodramatic self-indulgence out of the picture.”

In the eight years since West Texas Wine Insley has done a lot of livin,' and survived to tell his tale; Just The Way That I Am is a chronicle of that journey, told with authority and maturity, but not without whimsy and humor.

Dave has 4 children and still lives in Austin. He performs every Saturday night, from 8 til 10pm, at the White Horse Saloon.

About Own a Mountain:
Dave Insley’s Own a Mountain is a Southern rock ballad about mortality, the uselessness of counting one’s wealth in earthly measures, and the necessity of perspective. First released in 2005 on Insley’s debut “Call Me Lonesome,” the song was recorded at Formula One Studio in Phoenix, Arizona and produced by Insley. Backed by members of Roger Clyne and the Peacemakers, Dave delivers a solid dose of country soul, with a rock ‘n’ roll edge, his iconic vocal catalyzed by an amazing performance by background singer Diana Lee.

Ten years now an Austin Texas resident, Insley fondly recalls working with rhythm and blues artist Lee in the studio. “This delightful, soft-spoken creature arrived and asked for a lyric sheet. In a voice larger than would have seemed possible, she stacked the choral parts, all on first takes, and then asked if we wanted an ad-lib track. The engineer [Alex Otto] and I were already super impressed, and quickly assented. What followed had our jaws on the floor and a grin pasted to my face for days afterwards. After Lee left the building I made the obvious production decision. ‘Alex,’ I said, ‘every damned bit of that is in.’ ”