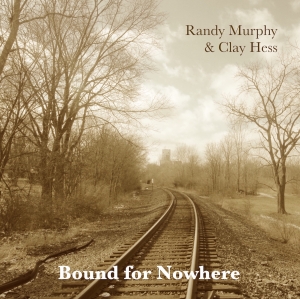 Randy Murphy is a singer/songwriter that has nearly 45 years singing and playing music, and songwriting about 28 years. Influenced at an early stage by Flatt & Scruggs then J.D. Crowe and the New South. He started singing with his parents at the age of 7. And wrote his first song at age 22. He spent some years in Nashville writing and being a demo singer for other songwriters.

Clay Hess been playing guitar since he was a young boy. Tony Rice was his biggest draw to bluegrass. Then he toured as Ricky Skaggs guitar player where people quickly picked up on his fast hands on the flattop guitar, making him a rising star in bluegrass. After that went on tour with Sierra Hull for several years. And now tours with his own band called The Clay Hess Band. He also owns his own record label called 7flat records where this album was recorded.

The 2 of us decided to put Clays musical talents together with Randys Songwriter to create an album that is sure to shoot up the charts.
18
What's This
Advertisement