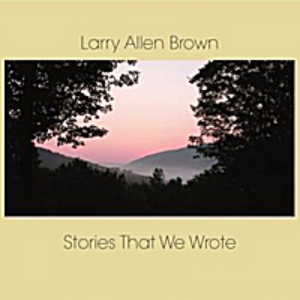 Born in Oak Park IL (Dec 10, 1947) and raised in the Chicago suburbs, Larry has had a long career as lead guitarist for too many groups to list here, and more than he could remember anyway. Went to high school with John Prine. Heavily influenced by Dave van Ronk, John Fahey, and Martin Simpson, Larry embarked upon a solo career as a composer and performer on the acoustic guitar ten years ago. Attended the Berklee College of Music in Boston. Larry released Cobb Lane in 2000, followed by his second CD, Music for the High Country - The Soundtrack of Blowing Rock. The music is a blend of original compositions, as well as traditional classics, arranged in Larry’s unique style, encompassing both his solo acoustic guitar, and his outstanding chamber ensemble, known as the Acoustic Earth Orchestra. Music for the High Country has been endorsed by the Chamber of Commerce of Blowing Rock, NC as their official soundtrack.

Larry's newest release is "Stories that we wrote", produced by grammy winning producer/artist Will Ackerman, founder of the Windham Hill label, and features an all star cast of some of the worlds best musicians. This CD features vocals by Larry.

"Larry Allen Brown is the real deal. This man sings songs of startling intelligence in a voice you know is telling the truth. These are songs with some serious miles on the tires, born of a life deeply and passionately lived."