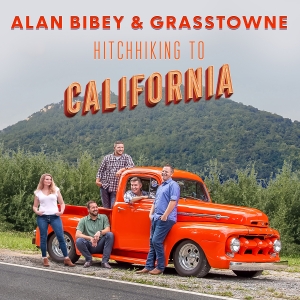 Since first hitting the scene in the early 1980’S, Alan Bibey has made a name for himself as one of the most creative and technically gifted mandolin players in bluegrass and acoustic music. A stylist who turned heads as an original member of The New Quicksilver, IIIrd Tyme Out, BlueRidge and now Alan Bibey & Grasstowne, his tasteful innovations and pristine execution earned him inclusion in The Young Mando Monsters project, Mel Bay’s Mandolin book “The Greatest Mandolin Players Of The Twentieth Century” as well as The Bluegrass All-Stars Sugar Hill Records project. Alan has been awarded “Mandolin Performer of the Year” for 2007, 2009 and 2010. His contributions to The Acutab Sessions: Knee Deep In Bluegrass helped the compilation to earn IBMA’s “Instrumental Recording of the Year”. He has instruction books and videos/dvd’s available through AcuTab and Mel Bay. The solo recording “In The Blue Room” was voted top Instrumental recording by County Sales. In 2004 Alan was nominated for a Grammy for the BlueRidge project “Side By Side”. Also in early 2004, the Gibson Company put into production the Alan Bibey Signature Series line of mandolins, reaffirming his status as one of the most influential mandolin players in bluegrass and acoustic music history. In 2018 and 2019, Alan Bibey was named Mandolin Player of the Year by SPBGMA (Society for Preservation of Bluegrass Music Association), and last but certainly not least, Alan was awarded Mandolin Player of the Year in 2019 by the IBMA (International Bluegrass Music Association).
39
What's This
Advertisement