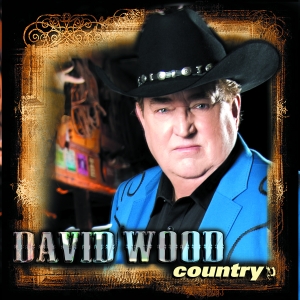 After years of representing and managing artists, David Wood broke onto the stage himself to share his brand of "neo-traditional" country music himself. In 2010, his first single, "Simple Things" (from his 1st CD - "DAVID WOOD-Here & Now") reached #3 on the New Music Weekly Country Chart and he was nominated for "Best New Country Artist of The Year" and "Breakout Artist of The Year."

He followed in 2011 with "Ride The Wild West (Cowabunga)" (from his 2nd CD - "DAVID WOOD Country") which reached #1 on the New Music Weekly Country chart and he is now nominated for Country "Male Vocalist of The Year."

Now, in 2012, David releases his self-penned, "My Dash" (also from the CD "DAVID WOOD Country") which recalls reflections David has had in his dreams about seeing the dates on his tombstone and focusing on the "Dash" between those dates - "It's not the year that you were born, not the year that you passed, it's what came between that counts for all - it's how you lived that Dash." And, finally, David awakes and realizes that "There's still time to live my Dash." It's a song to which we all can relate and should do very well at radio this year.