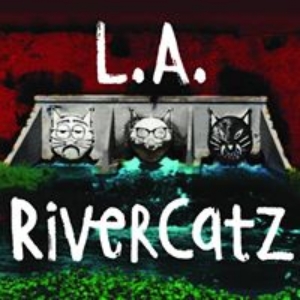 "The L.A. RiverCatz project, beautifully produced by
Ted Russell Kemp, is more fun than a cold micro-brew at Dick's. The variation of material and arrangements gives it more legs than a drunken centipede. Really a fun CD that is so musically creative and crafted, calling it “novelty” would be an understatement!" Chance Austin-Last Chance Medicine Show WLVR FM

Imagine if Frank Zappa, Tom Waits and George Carlin made a record…it could be disaster, it could be a dump, it might make you hungry, it could make you jump, it may make you boogie, or want to get humped.
Something here for everyone!
NEW FEATURED VIDEO 11/20/17!