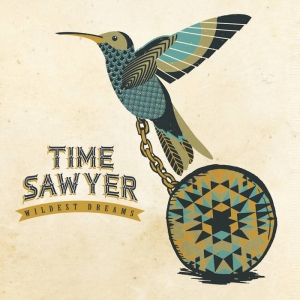 CHARLOTTE, N.C. (MARCH 1, 2017) – After a four-year hiatus, North Carolina darlings, Time Sawyer
(led by members Sam Tayloe, guitar/vocals and Houston Norris, banjo/vocals) is proud to
introduce the release of their sixth studio album, Wildest Dreams. As the follow-up to their well received
album Disguise the Limits, Wildest Dreams is a mature and focused work. Recording for
the first time under the direction of Grammy award winning producer Mike Ashworth (Steep
Canyon Rangers) Time Sawyer has taken a sharp and centralized songwriting approach while
recording inside the walls of the acclaimed Echo Mountain Studios in Asheville, NC.

In celebration of the album release March 17th, Time Sawyer will be hosting an Album Release
Party at the Neighborhood Theatre (511 East 36th Street, Charlotte NC 28205) on Saturday, March
18th, 2017 before kicking off a Spring-Summer tour in support of the album. For more information or to purchase tickets, visit www.neighborhoodtheatre.com.