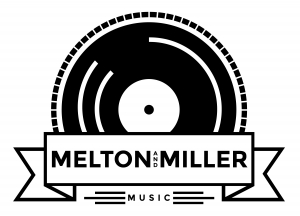 Tucked away in the Smoky Mountains of Western North Carolina, Waynesville is the kind of town where everyone knows everyone. Small enough that it seems strange that Buddy Melton and Milan Miller would be in their late twenties before they ever crossed paths. Making the scenario even more unlikely, they both took their first music lessons from local Bluegrass musician Bill Phillips, and had more mutual friends than could be easily counted. Buddy’s mother was even Milan’s second grade teacher.

All of those near misses finally came together one evening in 1998 at a jam session hosted by a local coffee shop. Milan recounts, “This soft-spoken, unassuming guy steps in and starts to sing, and out of his mouth came the purest tenor voice I had ever heard. He seemed to have an unending vocal range. I thought to myself, I need to know more about this fellow.”

Although the common threads of heritage and upbringing helped Buddy and Milan cross paths, music was the catalyst that spawned an immediate kinship. The result has been an ongoing series of collaborations that have found the two as bandmates, sounding boards, co-writers, troubadours searching for the perfect taco served from a trailer, and eventually partners in a record label. Buddy adds, “Whenever we are working through creative details, if one of us pitches an idea, ninety-nine percent of the time, it ends up that the other one was thinking the same exact thing. We trust each other’s judgement to the point that if somebody has a gut feeling about something, we go with it. In any kind of partnership, that is a pretty rare luxury.”

Originally established in 2016 as a platform for Buddy and Milan to release their own music, the roster of Melton & Miller Music has gradually grown to showcase the talents of other like-minded artists. Amongst the ever changing landscape of the music industry and the ways that people listen, Buddy and Milan believe that there is one concept that will never go out of style...well-crafted original material delivered by a gifted artist.
52
What's This
Advertisement