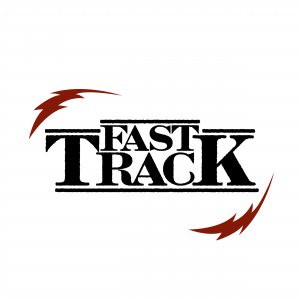 Fast Track is a band that formed following the retirement announcement of long time Cardinal Tradition band leader, David Parmley. Three of the four members decided to form the band and sought out to fill the remaining spots, mandolin and guitar, seeking instrumentalists who were also strong vocalists. Wow, did that ever work in their favor.

The five members of Fast Track are not only all highly decorated in awards from the IBMA and SPBGMA organizations, but are also veteran players on the Grand Ole Opry stage, across the United States, Canada, and throughout Europe. Between all of the gentlemen, they have performed with, recorded on and participated in countless projects with bluegrass and country music royalty throughout their most impressive careers.

Dale Perry is a highly respected and extremely talented bluegrass veteran with a resume listing some of the greatest bands ever known to the genre.

He came to national notoriety when he joined the Bluegrass Cardinals playing bass and singing bass vocals in the mid-80s. His first appearance on the Grand Ole Opry was as a member of the Bluegrass Cardinals in 1985 and he has had the privilege of performing on the hallowed stage at least a half-dozen times. He went on to play banjo with The Lonesome River Band and also banjo and bass player and bass singer for the legendary Doyle Lawson and Quicksilver from the mid-90s the late 2000s.

For the last several years he has showcased his talents alongside David Parmley in both Continental Divide and Cardinal Tradition. During Dale’s 39-year career, he has been nominated for 4 Grammy Awards, won 7 IBMA awards as both an artist and as a Producer, and countless SPBMGA awards.

Dale is known for his steady, Scruggs-style banjo playing, and is a premier bass vocalist in the business. When not on the road, Dale enjoys engineering and producing bluegrass projects at his studio, Lakeside Recording Studio, fishing and is currently building his new home with his beautiful wife, Kelle.

Ron makes his home just outside Nashville, Tennessee, but is originally from Salt Lake City, Utah.

Ron fronted his own band "Within Tradition" for many years before joining Rhonda Vincent as her guitar player. Ron has also worked in many other great bands such as Doyle Lawson and Quicksilver, Special Consensus, The James King Band, Continental Divide, and Cardinal Tradition. In 2001, Ron won Emerging Artist of the Year with the CBA as Band Leader and Member of Within Tradition.

He is known as a prolific songwriter, having songs recorded by many of the top artists in Bluegrass. He was also nominated for Songwriter of the Year and for Bass Player of the Year in 2017 for SPBGMA. Ron is also a ventriloquist and is great with a yo-yo. We know you will enjoy his great singing and his humor.

The Fiddle Man! Steve Day is highly regarded as one of the top fiddle players in bluegrass music, having worked with acts such as
David Parmley and Cardinal Tradition, Continental Divide, Ronnie Reno, Gary Brewer, and filled in with a who's who of other artists on the circuit. Steve also played the Grand Ole Opry with Bill Monroe and the Bluegrass Boys. In recent years, Steve has received 3 SPBGMA “Fiddle Player of the Year” nominations.

During his time when he is not fiddlin’ around, Steve teaches music where he lives in Bowling Green with his wife, Diane and son, Austin and also tends to his nearby cattle farm.

Duane Sparks is from Richmond, Indiana and grew up in a family rich in musical talent coming from both sides. His Daddy was a preacher so he began singing in church at a very young age. He has honed his skills as a guitar player and one of current bluegrass music’s most recognizable voices playing with some highly respected bands. Duane was privileged to be a part of Gerald Evans and Paradise, The All American Bluegrass Band, and more recently with Joe Mullins and The Radio Ramblers. During his tenure with Joe Mullins, he was able to really spread his wings while traveling professionally and even earning five International Bluegrass Music Association (IBMA) Awards and two SPBGMA Awards for band and band recording projects that he was a part of. Duane was privileged to play on the coveted Grand Ole Opry stage numerous times with the Ramblers as well as tour multiple times in Europe. Duane Sparks has developed a very smooth, distinctive vocal sound in the industry that people love to hear and we are all happy to have him back ON TRACK with FAST TRACK so we can start hearing him again!
40
What's This
Advertisement