Doug Moreland - Bring Back the Swing 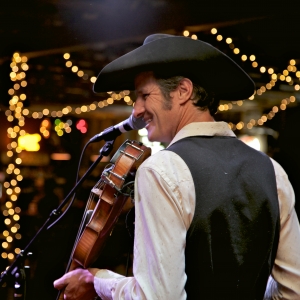 Click on any album title for more songs from Doug Moreland

Engineered by JoMo Edwards
Mixed and Mastered by Adam Odor

August 28, 2015 -- Songwriter and artist Doug Moreland releases his 9th album titled Bring Back The Swing, available via digital download online, and on disc through LoneStarMusic.com, at his own Cattlelacs Chainsaw Art Gallery, and at all Doug Moreland concerts.

Marking his 3rd album captured live inside his woodcarving showroom on the outskirts of Austin, Moreland and his 4 band members reflect their solid dancehall delivery, along with Moreland’s charming take on the seriousness of life.

“I love the sound acquired in the simple ways of the past, with a one-time take capturing the heart & soul of the moment,” he says. “And the tin ceiling and wood floors of my shop seem to energize a beautiful acoustic. I’ve even setup my own radio show here where my musical guests remark on the rich sound. Plus, I can do this on a sensible budget!” He built his shop himself in 2003 using reclaimed materials, another example of his love of the quality from an earlier era.

Being the eldest son of a wainwright, blacksmith, and fiddle-playing ranch hand, Doug left Fort Davis TX at age 17 (1992) for a career in the music business. After a brief attendance at South Plains College in Levelland TX, and a short stint as a funny man in a dinner show in Ruidoso NM, he toured with various acts around the country as a fiddle sideman. During this time, Doug also worked as a wrangler on a dude ranch in Phoenix AZ, trained his famous border collie dog "Holly-peño" to sing and play the fiddle (and more), learned to frame houses, and discovered the art of chainsaw carving taking him to Pidgeon Forge and Nashville TN. He also recognized his desire to front his own band and write his own songs, which brought him to Austin TX in late 1999. There he progressed from a comedic, solo act with a singing dog as the finale, into a full dancehall band with his wit and charm playing right back into a familiar instrumentation of twin fiddles, upright bass fiddle, swing guitar, mandolin, and minimal drums.

Doug recorded his 9th album Bring Back The Swing in 2015 as his third "live" project with his band inside his self-built woodwork shop and art gallery, capturing a great acoustic sound from the warm wood floor and salvaged tin ceiling.

Doug appeared on The Tonight Show with Jay Leno in 2003 with his former companion Holly-peño (a black/white McNab dog). They appeared together on Animal Planet's Pet Star, as well as Ripley's Believe It Or Not! Doug has also made guest appearances in a handful of films, most notably the 2012 Richard Linklater film Bernie along with Jack Black and Shirley MacLaine.