Courting the Muse The Songs Of Billy Edd Wheeler 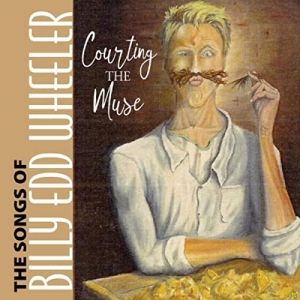 COURTING THE MUSE: The Songs of Billy Edd Wheeler

From the bleak yet vibrant coalfields of Boone County to the heady classrooms of Yale, Billy Edd Wheeler has lived a rich and unique life bookended by startling contrasts. A poet, a playwright and a painter, he is one of West Virginia’s true Renaissance Men. But of his many gifts, his skill as a songwriter has gained him the greatest acclaim. A partial list of artists who have recorded his songs is a testimony to the depth of his songwriting: Johnny Cash, June Carter, Elvis Presley, Kenny Rogers, The Kingston Trio, Nancy Sinatra, Hazel Dickens, Neil Young, Richie Havens, and the Jefferson Airplane. Billy Edd’s renown as a songwriter is a direct result of his determination, hard work, chutzpah - and an abundance of God-given talent. But it’s his remarkable eye for detail and irony that sets his work apart. He develops his characters with the skill of a novelist, placing them in situations, often framed with humor, that allow us to see our own shortcomings. It has been a great pleasure to get to know Billy Edd and work with him. His comments - like his songs - are always unflinchingly honest. Even when it came to critiquing these interpretations of his songs!
Michael Lipton
West Virginia Music Hall of Fame, Director

Find out more about inductees and the West Virginia Music Hall Of Fame at https://www.wvmhof.com

“Billy Edd is a writer’s writer. A raconteur, with a sharp wit for introspection, with an unmistakable West Virginia accent to everything he does.“ Kathy Mattea

“Billy Edd’s career is inspiring just for its diversity. He writes books and plays, hangs with Lieber and Stoller and Chet Atkins, can paint a mule on canvas, or sell a song about a mule to a rock band.” Tim O’Brien
18
What's This
Advertisement