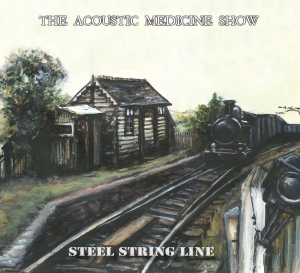 The Acoustic Medicine Show was started by a singer -songwriter Joe Tobin. He formed a group that was influenced by the simple life of country living , using bluegrass instrumentation and harmonies, blending with jazz, folk, and blues.

Their music falls into their own mountainfolkgrass genre. Joe has written and recorded 3 CD's with various local band members includes - The Acoustic Medicine Show, Highway 9, and newly released Steel String Line. You can find them performing at farmer markets, local pubs and street fests in the Hudson valley area of upstate New York.