Jonas Scott Cowan - Been There 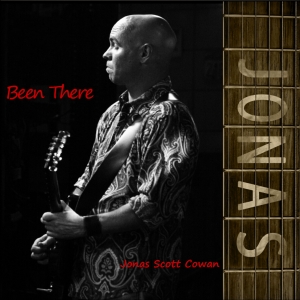 Jonas is available for radio tags and interviews

Jonas Cowan hails from Kentucky the son of a Baptist minister.

Jonas was quickly schooled on stride piano, guitar and gospel music by his father. Discovering Robert Johnson in his teen years, he found his inspiration. Jonas found a place to put his newly discovered Passion, playing a role in forming 61 South, now a Western Kentucky Blues institution.

When an opportunity called in Evansville, IN Jonas relocated and continued his immersion into blues playing, jamming and gaining esteem throughout the region. After several career misfires, Jonas literally got lost in the wilderness.

Walking thru Florida and Tennessee taking menial jobs and working construction, Jonas used his travels, observations and personal reflection as inspiration for songwriting and composing. In 2013, Jonas decided to give the blues another shot & competed in the solo division of the IBC. He made it to Memphis, didn’t place but Beale Street was the last ingredient he needed to record his debut release “Been There”.
16
What's This
Advertisement