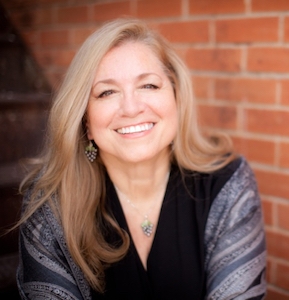 Based in Austin, TX, Dena Taylor is a jazz vocalist who harkens back to the days of smoke-filled clubs and smoky-voiced chanteuses. Her sound is solid; without a lot of vocal gymnastics in the Jazz Standards she covers. She inhabits the songs and makes them her own – feeling happiness, anger, joy, sorrow, love and hate. She draws listeners in and allows them to relate to these songs all over again. Dena was named Best Female Jazz Artist of the Year” by Indie Music Channel in 2014. Her album “The Nearness of You” showcases her vocal talents and reminds us that even though she is a “seasoned” artist singing Standards, these songs don’t lose their ability to move and touch the audience just because they may have fallen out of vogue.

Dena is so full of passion for these songs that her jovial attitude can’t help but be contagious. An engaging personality, Dena wants to share her love of Jazz Standards and the American Songbook with her audience. She has honed her craft over the years – spending 12 years abroad serving her country in the US military and, whenever possible, performing with touring USO shows. Then, upon her return, Dena settled in Florida where she took to the stage as a member of the prestigious Cocoa Village Playhouse “Gold Star” company. She also began to reestablish her solo career and released her cd “Round Midnight” in 2008. With a voice that contains a bit of a knowing edge reminiscent of Gladys Knight in her prime, Dena became a “go to” vocalist for national Jazz and Blues groups touring in Florida.

After relocating to Austin, TX, Dena continued her collaboration with some of the best musicians in the jazz and blues genres including GRAMMY® Award Winners and Gold Record® holders: guitarist Redd Volkaert, keyboardist Floyd Domino and drummer Ernie Durawa. Volkaert and Durawa both worked on her second album, “Certitude” in 2010. One of the tracks from this effort, Song for My Father,” was rewarded with an IAIRA Certification of "International Top 100 Hit shortly after its release. The team worked so well together that Dena chose to work with them for her next record in 2014, “The Nearness of You.” She was subsequently named one of the Top Five Vocalists in the SingersUniverse's Best Vocalist of The Month Competition, in addition to the aforementioned IMC 2014 Best Female Jazz Artist of the Year Award.

The path to success hasn’t been an easy one for Dena. She is a disabled veteran and has most recently stepped out of the shadows about that in recent years. You can learn about her personal experience with the Honor Flight Austin as she journeyed to DC on Honor Flight Austin's Flight #54 with 41 other female veterans ( Journey to the Wall). Honor Flight Austin takes veterans from WWII & the Korean and Vietnam War and brings them to Washington DC to see the major war memorials.

In 1999 she suffered a horrific car crash resulting in a traumatic brain injury. The damage was so severe that it took Dena two years to learn to speak and walk again. She persevered through that and a battle with breast cancer to come out on the other side with an outlook on life that allows her to pursue her music with even more zeal. Learning not to be paralyzed by the fear of what “might happen” has kept Dena moving forward and gives her vocals a ripened maturity that just isn’t found in the pop stars of today.

In advance of some serious surgery on her throat, Dena joined forces with Austin powerhouse friends to take a musical walk from her beginnings in country and ending tucked inside the American Songbook where she most happily lives. No last minute throw-together, “You’ve Changed” (released January 2016) is a carefully thought out project and, whether it's the last music she records or not .. it will certainly be one of her best.

In a pre-release review, Bree Noble (CEO of Women of Substance Radio) said, “With the opening notes of "You've Changed," it's clear that what has changed is that Dena Taylor has confidently taken the reins of her music career and is making bold, risky decisions that are paying off.”

Dena continues to share her musical gifts and donates her time to various charities that are close to her heart including her own charity, The Lullaby Project. This charity is supported by the beautiful album, Lullabies, recorded and released in 2015.

Never count a singer totally down and out til they shout at the top of their lungs .. NO MORE MUSIC EVER! And even then .. don’t be surprised when they continue to show up. Most recently, Dena returned to the studio with friends, Redd Volkaert and Floyd Domino, to take on 2 songs that have been “haunting” her. The old 1921’s Too Mean to Cry and the much newer Don’t Touch Me. These were just mixed and mastered on January 5, 2019 .. they are BRAND NEW! You can hear them on the home page in a player made just for them! Sure hope you enjoy listening to them as much as everyone involved enjoyed making them!