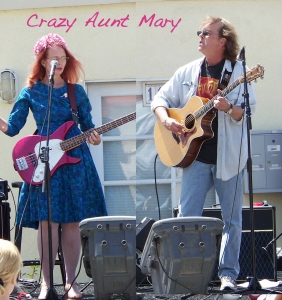 Michelle was the guest DJ on Smooth Jazz KTWV 94.7 The Wave! Steely Dan, Hall & Oates, B.B. King, Booker T., The Eagles, and many more were enjoyed by all!!

"A distinctive lead singer is one of the most valuable musical commodities a modern band can possess. On this front (they) succeed in spades, thanks to the prowess of vocalist/bassist Michelle Holmes. Fusing the dramatic clarity of pop with the pronounced intelligence of acoustic music, Holmes interpretative powers are sparked by the sheer intensity of her potent rock delivery. Front and center, her voice is a beacon of clarity, illuminating the path of the band.