Matt Nakoa - A Dozen Other Loves 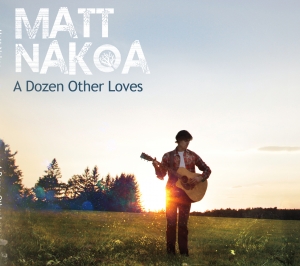 Matt Nakoa grew up on a small goat farm in upstate NY, and began composing music as a teenager. Throughout high school, he studied classical piano and toured the region giving recitals of the Masters, as well as his own compositions. In 2002, Matt won a scholarship to attend Berklee College of Music where he received top honors in songwriting and vocal performance. At Berklee, Matt collaborated with the likes of grammy-winners Kathy Mattea and Esperanza Spaulding, and studied closely with song-greats Pat Pattison and Livingston Taylor. His first solo album, 2012’s “Light in the Dark”, has received high praise as an eclectic pop/rock masterpiece. 2014’s “A Dozen Other Loves” dons a mainly acoustic palette which has led to performances with Patty Larkin, Ellis Paul, Catie Curtis and other folk greats. Matt currently lives in Brooklyn, NY.