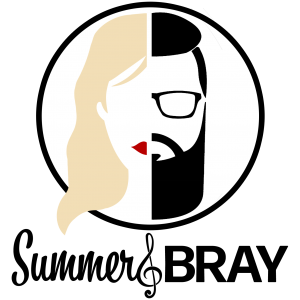 Starting out as a family band, Mountain Faith took the world by storm with their debut on America’s Got Talent and the simultaneous release of That Which Matters.  They brought their brand of bluegrass and Americana music to a national level wowing even the Pop music critics back in 2015. That year Summer Brook was awarded Momentum Vocalist of The Year at IBMA’s World Of Bluegrass and in 2016 the band was awarded “Emerging Artist Of The Year.”  Now celebrating their 21st year playing music together they have rebranded naturally, together as sister and brother duo Summer & Bray. Stepping out on their own to showcase evolving creative prowess they are ready and excited to bring new music to their fans.  As seasoned writers as well as performers, Summer & Bray bring a depth of sincerity and emotion on stage and are loved across genres by diverse radio hosts, promoters, and fans alike.
20
What's This
Advertisement