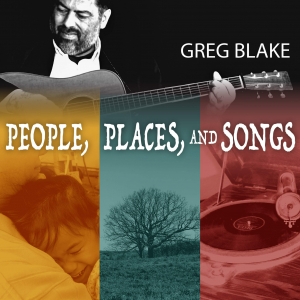 After 30+ years in church ministry and education, Appalachian-born Greg Blake said “Yes” to an opportunity to pursue a full-time music career in the “second half” of his life at the age of 51. Until that point, he played in local and regional bands in Missouri and Colorado. People first began to notice Blake’s vocal prowess as the primary vocalist for the hard-working band, Jeff Scroggins and Colorado. Combined with the instrumental virtuosity of Scroggins on banjo and that of his son, Tristan, on mandolin, Blake’s smooth, yet barrel-chested vocals helped make them one of the most sought after touring bluegrass bands all over the world.
Before that band dissolved in February, 2020, Blake released his debut solo album - Songs of Heart and Home - in 2015 ... a project with a stellar supporting cast that stayed in the charts for close to 18 months and appeared on dozens of DJ’s “Best of 2015” lists.
Now, after a couple of IBMA award nominations, Blake continues to be a favorite among both the fans and his peers. The release of this new project - People, Places and Songs (also the title cut) - marks another phase in his career ... that of songwriter. Half of the songs have Blake’s creative stamp and the other half are new, never-before-recorded gems that remind the listener of “... the things that make us who we are and tell us we belong; a part of us forever, rocks we build our lives upon - People, Places and Songs.”