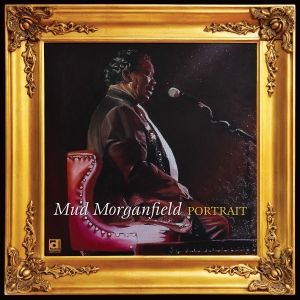 “MUD MORGANFIELD has grown into a superstar on the blues circuit. Certainly, there will be comparisons to his dad, but that can be expected and rightly so. Mud comes as close to the Muddy experience as one can get. He will always pay tribute to his dad with the Chicago blues ensemble sound that Muddy created. But Mud was also brought up musically when soul, Motown and R&B ruled the world. Mud played bass and performed with bands playing the hits of that era. This, along with his blues pedigree, has influenced Mud’s own songwriting skills, which are constantly evolving.”
– R I C K K R E H E R (Muddy Waters' last guitarist, and Mud's long-time current guitarist!)

Every one of McKinley’s descendants has been anointed with his surname, synonymous with never-ending excellence. Mud Morganfield does what he does best – seamlessly merging a traditional blues sound with twenty-first-century sensibilities. His style’s “classic contemporary,” an oxymoron if there ever was one, but it fits like a glove. With understated crooning and fluid, molten-metal instrumentation, Mud’s blues glows red-hot as Damascus steel being poured in a foundry. It’s hard to be a demigod of any art, but he’s well his way to full canonization. – RANDY WETNIGHT

It’s hard when you are the son of blues royalty. It’s even harder when you are the son of Muddy Waters. No matter how hard you try, you’re never going to be Muddy Waters. So, you have to forge your own path and build your own reputation with your own work.
Mud Morganfield has done just that. This soft-spoken, humble man has grown into a giant talent in recent years.
–BARRY KERZNER, AMERICAN BLUES SCENE