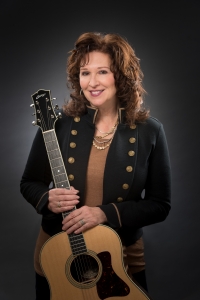 As a teenager, Cindy started out playing folk and bluegrass music in the northern most reaches of Appalachia .... the hills of southwestern Pennsylvania. Her father was a fiddle player who encouraged her to play guitar and she attended many Saturday night jam sessions with the local bluegrass musicians. Branching out as a musician in her late teens, Cindy eventually grew away from her roots and played rhythm and blues and rock 'n roll music for many years professionally. She toured from NYC to LA with her Pittsburgh band “The Flashcats”, who revived the career of R&B legend Bull Moose Jackson. However, songwriting was always at the forefront of Cindy’s musical adventures and just seemed a natural extension of who Cindy was as a musician. At that time, she was named one of Pittsburgh's best songwriters in "In Pittsburgh" magazine. Her original song "Appetite For Love" (recorded with The Flashcats), was voted one of Pittsburgh's top 10 original songs by a local artist.

Cindy moved to NYC in her late 20's to make the most of her original songs and recorded and played with many notable musicians there including Keith Diamond (Billy Ocean, Donna Summer, Michael Bolton, Mick Jagger) and Doug Stegmeyer (Billy Joel, Hall & Oates) ... all the while perfecting her songwriting abilities and stretching her vocal talent to new heights.

Eventually the music of her origins beckoned her back and with her renewed interest in bluegrass, Cindy started playing mandolin as well as guitar. Once she acquired a solid song repertoire of bluegrass originals, Cindy released her first bluegrass album in 2012 entitled THE ROAD (Blue Road Records). It showcased her songwriting talents which have been acclaimed in Bluegrass Unlimited magazine (June 2014) as a "new and different song writing voice". She was specifically applauded on her story-songs as being "a strength of hers". Her vocal style is powerful and soulful and Bluegrass Unlimited calls her a "forceful and confident singer". THE ROAD features Cindy’s single release, story-song “444 Chicken Bone Road”. The accompanying video went to #1 repeatedly on the Yallwire Bluegrass National Video Chart. Cindy also appeared on Heartland TV’s “Bluegrass Ridge” and many other video outlets at the time.

The success of her independent release THE ROAD brought her to the attention of Grammy winning producer Jim Van Cleve. In 2014/15 Van Cleve produced Cindy’s JAIL BREAK album (Blue Road Records), with an all-star cast of musicians including Sam Bush, Bryan Sutton, Seth Taylor, Rob Ickes, Todd Phillips, Scott Vestal and Aaron Ramsey … not to mention the “Queen of Bluegrass” herself Rhonda Vincent as a guest vocalist. An album of mostly original songs, JAIL BREAK debuted at #16 nationally in November 2015 on the Bluegrass Today radio chart. Bluegrass Unlimited says of JAIL BREAK, "Of Cindy G's performance, there can be little doubt. Her vocals have an impact and the timbre, tone and delivery are all very good. The title song, with its hard-hitting rush about escaping a love gone bad with a 'Jail Break' is a standout. This is solid effort full of good songs and performances." Cindy also went on to win third place in the bluegrass category in MerleFest’s Chris Austin’s Songwriting Contest in April of 2016 with her title cut “Jail Break”.

Again, her accompanying video for “Jail Break” stayed in the top 20 of the Yallwire Bluegrass National Video Chart right along with “444 Chicken Bone Road”. Cindy’s videos eventually got picked up by not only by Heartland TV’s “Bluegrass Ridge”, but The Family Channel’s “Cheyenne Country TV”, ZUUS, GAC, CMT Online and many other outlets worldwide.

2018 is bringing the release of her much-anticipated album, MOONSHINER’S DAUGHTER, again produced by Jim Van Cleve. Cindy says “the brilliance of musicians such as Jim, Rob Ickes, Todd Phillips, Cory Walker, Ashby Frank, Seth Taylor and Dustin Benson transformed my thoughts (songs) into a remarkable aural reality!” Cia Cherryholmes also lent her incredible talent as a background vocalist. Although the majority of the songs were written by Cindy, Mark “Brink” Brinkman and David Adkins contributed a cut, as well as Kim Fox and Ed Williams. MOONSHINER’S DAUGHTER features wonderfully inspired cuts that run the gamut from forsaken Appalachian angst (Moonshiner’s Daughter), to exuberant rip-roaring traditional bluegrass (More Good Looking On You, Pennsylvania Dirt, Two Feet On the Floor, Truckload of Troubles), to Cindy’s exceptional story-songs (This Old Man, The Forgotten), to more progressive Grassicana (The Drive, Wait On Your Love, Heiress, Love Train), and a sentimental ballad (Long Line of Love).

You can catch Cindy G performing in the tri-state area of New Jersey, Pennsylvania and Delaware … sometimes with many of the Nashville musicians who have played on the JAIL BREAK and MOONSHINER’S DAUGHTER albums. Live, she delivers a captivating performance with memorable songs and vocals you'll be talking about!
8
What's This
Advertisement