Linda McRae - Going To The Well 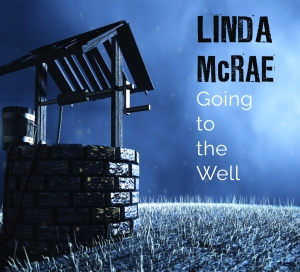 A singer-songwriter musician of the old school, with decades of experience, you may think you know what Linda McRae is up to. That is until she throws you a curve with a new twist: David Bowie on Banjo?!

Linda manages to bend the rules and the genres, proving that stripping a song clean brings one back to their roots. With her new release, GOING TO THE WELL, produced by Deni Gauthier, Canadian/Nashville based Linda McRae takes a deep draw, fresh and cool, on iconic influences, covering the likes of David Bowie, Willie P. Bennett, Richard Thompson, Don Williams and Bill Kirchen.

Linda’s love of Canadian, American and British music early on in her career resulted in multiple band configurations from roots-rock to punk to folk. These bands included the platinum selling group, Spirit of the West. Her deep contribution to the Canadian music scene resulted in her being honoured as a 2016 British Columbia Entertainment Hall of Fame “Pioneer” inductee.

When Linda steps onto a concert stage, into a recording studio, workshop or mentoring session, there is an effortless passion, a love of what she does and a connection with fans and friendships built and treasured. A multi-instrumentalist Linda works tirelessly as a touring singing songwriter, performing at premiere venues across Canada, the US and Europe while turning out new works.

Crucial to Linda’s art is her virtuosic vocal work. Echoes of such artists as The Beatles, Hank Williams Sr, Hazel and Alice, Jean Ritchie, Neil Young and Johnny Cash, are reflected in her work reviving the songs and the senses with a new urgency of spirit and authenticity.

McRae has offered six critically acclaimed solo recordings throughout her years as a solo performer and is featured on multiple artists’ albums. Numerous accolades and top radio charting have landed Linda a Canadian Folk Music nomination for Contemporary Album of The Year for “Rough Edges and Ragged Hearts,” two Escape to Create Residencies in Florida, Winner of the Family Folk Chorale for “Be Your Own Light”. Linda is also highly sought after as a teacher, mentor, juror, panelist and workshop facilitator.

And if all that isn’t enough Linda has worked alongside husband/manager with at risk youth and adults in her Express Yourself Writing Workshops presented across the country at detox, and correctional facilities including New Folsom Prison in California.

Diverse, meshing old style with modern, and ingeniously acoustic. Linda McRae shows her confidence with her unique approach and her brand of music, drawing from a deep and treasured resource of well-loved songs for “Going To The Well!!”