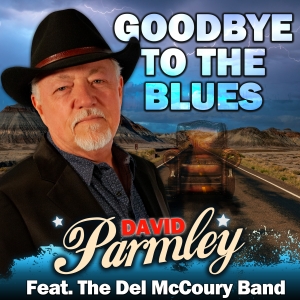 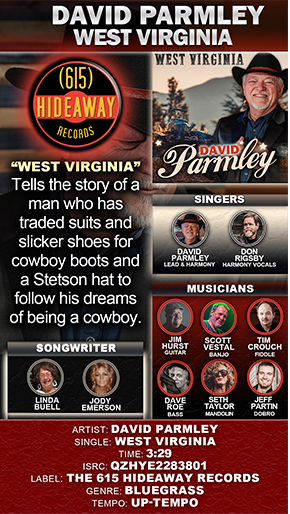 “West Virginia” written by Linda Buell and Jody Emerson tells the story of a man who has traded suits and slicker shoes for cowboy boots and a Stetson hat to follow his dreams of being a cowboy.

“I liked the song West Virginia the first time I heard it. To me, it’s about a guy leaving the security of his home to purse his dreams, kind of like musicians do!” – David Parmley

David Parmely left The Bluegrass Cardinals in the 90's to pursue a solo career leaning more towards a modern approach to Bluegrass Music.  David Parmley and Continental Divide topped the Bluegrass Charts throughout the 90's and now Parmley is back and excited to be recording again and creating new music as well as keeping the family tradition alive!