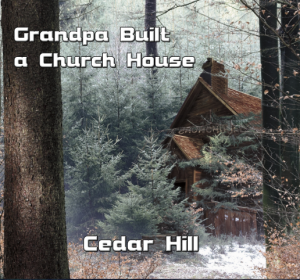 Cedar Hill was first formed in 1967 when Frank Ray along with his uncle began playing local shows in the Ozarks along with 4 others that included twin fiddles. As their popularity grew, Frank's uncle dropped out but Frank continued on with the group and has played almost continuously since. Frank considered it a great honor to be inducted into the "National Traditional Country Music Assn. Hall of Fame in 2008 and honored with a Lifetime Achievement Award in 2018. The first song to win awards and accolades for the group was one of Frank's compositions called, "False Hearted Love" in 1976. Over the years it followed with a number of other compositions that have firmly established Cedar Hill on the National and International stage for which they are exceedingly grateful.

Though many personnel changes have taken place over the years, Cedar Hill has stayed consistent and true to their Ozark roots and the emotional brand of bluegrass music. Cedar Hill's music has been described as an "original, emotive brand of song and hard driving bluegrass of tradition" and "the real deal". The group both individually and collectively have been recipients of numerous awards and accolades over the years. They occasionally do a few cover songs but rarely record them, considering it important to make a contribution to the music they love.

According to some programmers, their song, "Pearl", a personal story of a friend of Frank's, has been the most requested bluegrass song on the National XM/Sirius radio program, "Bluegrass Junction" and other stations for over 10 years. The current line up of musicians, Frank Ray mandolin and vocals, Jim Bunch banjo and vocals, Pete Brown fiddle and vocals, Patti LaFleur bass and vocals, and Dan Stokely guitar and vocals, is perhaps the most cohesive group Cedar Hill has ever brought together, allowing them a freedom that causes their music to flow with an ease and a joy that is clearly evident when watching their performance.

It is that same easy going, cohesiveness that also allows Frank to make use of his natural flowing Ozark humor, to the point that every now n then some folks will ask if they have any of Frank's humorous stories recorded. The fun and smiles this band exhibits on stage transports you to a favorite place and time as you enjoy one of the best musical entertainment experiences you're apt to find.

The audience not only gets caught up in the emotion of the music with tears or laughter, but become their friends. Don't miss an opportunity to join Cedar Hill for some music that will stir your emotions, cause you to tap your toe, smile a lot, and leave knowing you have made some new Ozark friends that are the same whether they are playing in their native Ozark Mountains, in The Performing Arts Centers of London, England, or the stage of the Grand Ole Opry.
12
What's This
Advertisement