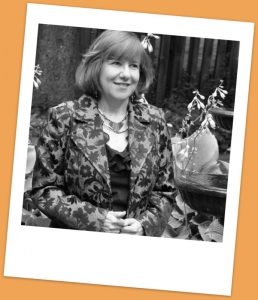 Throughout Lorraine's life she has been active in music. She's played in various music venues in NJ, PA, NY and in Nashville. She has performed in many Nashville writer's rounds including those at The Commodore, The Broken Spoke, Tootsies, The Gibson Cafe and the former Hall of Fame Lounge. After having a few years experience performing solo as a singer songwriter, Lorraine, a founding member of "The Water Gap Band", an Americana band, has performed with the band in many venues throughout the NJ, PA and NY areas. including Pocono Bluegrass and Folk Society's 2011 and 2012 Winterfest in E. Stroudsburg, PA.

Lorraine's early influences are in Country Rock, California Rock, Country and Bluegrass. Her music can be best described as Americana. Her background in music includes an Associates Degree in Music from County College of Morris in Randolph, New Jersey. She is a eight time recipient of the ASCAPlus Award. Lorraine is interested in working further in the music industry as a songwriter and performer. In addition to performing, she continues to write new songs and hopes to soon return to the studio.

Lorraine would also like to give a special thanks to Mike Ambrose who she cowrote "Extraordinary Heart" with. "Extraordinary Heart" was recorded at Mike Ambrose's A-Train Studio. Lorraine also recorded her songs "Iguana Lounge" "Letting It All Ride" "Border Town" "Goodbye to Georgia" at A-Train. She would also like to acknowledge Mike Vance who she cowrote "Ghost Town" with which was also recorded at A-Train Studio. Please check out the info section for additional info on all individual recordings.
17
What's This
Advertisement