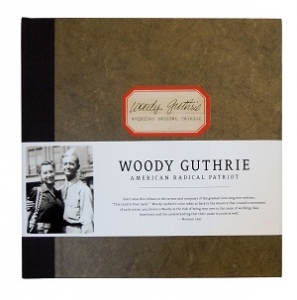 Two AirPlay Direct members will be chosen to win the great box sets from Woody Guthrie. The contest ends on December 20, 2013.

Woody Guthrie was a colossal figure of America's folk heritage, whose simple, lyrically powerful songs inspired generations both musically and socially. In honor of this legendary figure, Rounder Records is proud to present this fully comprehensive limited edition boxed set collection of material recorded "in service" of the U.S. Government. Here are Guthrie's complete Library of Congress interviews and musical performances recorded by Alan Lomax (released in their entirety for the first time); his songs written while employed by the Bonneville Power Administration, including a previously unreleased, minor key version of "Pastures of Plenty"; a set of previously unheard home demonstration recordings of songs made for a late 1940's public health service VD education program; three radio skits, including two for the Office of War Information during the Second World War; and a number of other radio performances made in support of the war effort. Anchoring the set is the 60-page booklet written by Rounder Records co-founder and Executive Producer, Bill Nowlin, which discloses Guthrie's complex relationship with his country as an "American Radical Patriot" (also available as full-length 258-page PDF). It's a sweeping overview both of a transitional period in American history, and of the prolific, multi-faceted life of Woody Guthrie.