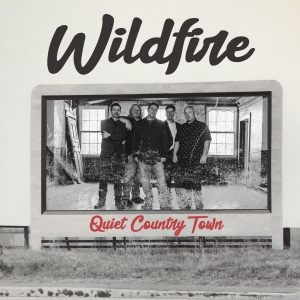 “What Would Your Memories Do” serves as the latest single from the project. It was co-written by songwriters Hank Cochran and Dean Dillon. Originally made famous by country legend Vern Gosdin when it was released in 1984. The reimagined version features a Bluegrass / Acoustic approach that puts a new spin on the famous hit. It centers around the powerful vocals of Wildfire lead singer Robert Hale along with harmony vocals from reigning IBMA “Female Vocalist of the Year” Dale Ann Bradley. It’s the follow-up to the band’s previous single “Quiet Country Town,” which spent several weeks on the Bluegrass radio charts.

The new collection of music includes a combination of original material like the title-track, along with unique takes on other tunes like the album’s lead single “Ride the Train,” a song previously recorded by Alabama. Other standout cuts include a must-hear version of “Oh Lonesome Me,” plus the upbeat Robert Hale penned anthem “I’ve Been Through It All.” From start to finish, the material takes the group’s music to new levels, while also staying true to their original sound from over the years. This year marks Wildfire’s 22nd anniversary as a band since forming in 2000.

To keep up on the latest Wildfire news, tour dates and more, check out their official website www.wildfirebluegrass.com. While there, fans can also learn more about each member.