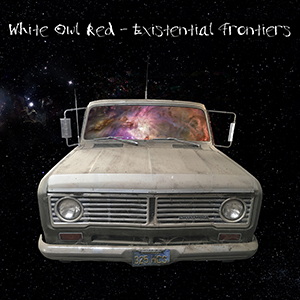 Honest, gritty, poignant and powerful, this album unites elements of Americana, Alt.Country and Indie Folk traditions, to take the listener on an unforgettable musical journey.

"It is absolutely gorgeous. This music doesn’t just entertain, it transports. Listening causes the user to daydream... spacey and atmospheric… country and psychedelia… a little bit Chris Isaac and a little bit of The Byrds. The writing, singing, backing vocals, and instrumentation is perfection.”
-Harry Kaplan, Twangri-La

“Take a pinch of the Dead, add a little Airplane, with a dash of Byrd seed and a healthy dose of Quick Silver and Burritos, roll it up and partake of San Francisco’s White Owl Red, a refreshing psychedelic dream-like fog... Country Rock takes a dose of psychedelia...lazily flowing rhythms and west coast Folk music."
- J. Alan Taylor, The Alternate Root

White Owl Red is the San Francisco based music of singer/songwriter Josef McManus. It features drums by Kyle Caprista (Chuck Prophet, Megan Slankard) and Guitars by Gawain Mathews (Mickey Hart of the Grateful Dead, and Ben Lee). Americana Ash, White Owl Red’s first album debuted on the Americana Music Association Charts (AMA) and remained there for 14 weeks in 2014. Naked and Falling, the second studio album by White Owl Red received international acclaim and airplay in 2017 and 2018. It charted on the AMA top 100 Chart, the FAR Chart top 10, and the Root 64 airplay chart top 20. Naked and Falling was ranked in the top 100 albums of 2017 by Alternate Root Magazine.