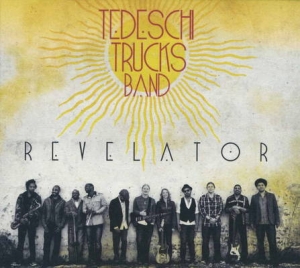 The debut album by 11-piece band fronted by the husband-wife team of Derek Trucks and Susan Tedeschi. In stores now from Sony Masterworks. Click here for US tour dates.

Features the AAA, Americana and Rock single"Learn How to Love" and 11 more deep album tracks for blues, eclectic, jazz and other specialty shows.

The fastest selling album of either of their careers, including a #12 debut on the Billboard Album Chart.

"Learn How to Love You" video

GRADY CHAMPION - WEIGHT OF THE WORLD