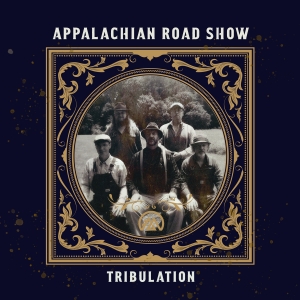 Appalachian Road Show is a collaborative effort, decades in the making, between two of Bluegrass music’s greatest talents, Barry Abernathy and Darrell Webb. This new musical venture honors the legends, lore, traditions, and the rich musical history of the Appalachian region.

The music of mountain people has been woven together through decades, from many different strands of musical and cultural fiber. It has been described as the very soul of the region's rich history, passed down from generation to generation. The shared vision of two of acoustic music's most highly regarded artists has culminated in the creation of a new band with a sound that harkens back, both musically and lyrically, to the traditions of this region.

A fierce-picking multi-instrumentalist with a precision high tenor, Darrell Webb has provided a distinct sound for groups including Lonesome River Band, J.D. Crowe & The New South, Mashville Brigade, Rhonda Vincent & The Rage, Wildfire, Michael Cleveland & Flamekeeper, and of course, his own Darrell Webb Band. He has filled in, or recorded with the likes of Blue Highway, Mountain Heart, The Grascals, Larry Sparks, Pine Mountain Railroad, and Dailey & Vincent, as well as country headliners Dolly Parton and Dierks Bentley.

Barry Abernathy, a founding member of Mountain Heart, has additionally shared his jaw-dropping banjo skills and fine vocals through stints with Doyle Lawson & Quicksilver and IIIrd Tyme Out.

The band's debut self-titled album is the first release from the newly established Billy Blue Records of Nashville.

Appalachian Road Show is as varied as the history of the region that inspired its formation. From great civil war battles, to tales from the coal mines of West Virginia and Eastern Kentucky; from logging camp songs to church quartets and inspiring spirituals; and equally influenced by the old time traveling minstrel and medicine shows of the late 19th century, as well as by the soulful ballads of enslaved Africans, Appalachian Road Show is a respectful nod to the unique and vibrant musical stylings and culture of the Appalachian region.