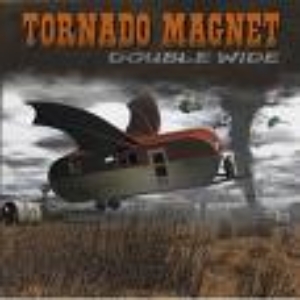 Tornado Magnet is thrilled to announce the arrival of some new music!
We have just released our new single,
"Burn It To The Ground,”
A free download and preview for all DJ's, Music Supervisor’s and industry folks is available at
Airplay-Direct.
Should you have any difficulty accessing this site, please feel free to let us know and we will be glad to send you what you need directly.
Also
Available now on
I-Tunes and Amazon.

The single, "Burn It To The Ground" is about the crash and burn every one has felt in the recent past, and examines our redemption as we crawl up from the wreckage and ashes.

The B-side track, "Here & Now" takes a look at our present moment, where the past is gone and behind us, the future is not yet here, and all we really ever have is that present moment that we all should be embracing, recognizing and cognitively living in.....

We hope you all dig the new music!!!!

Your Amigos out here on the western frontier and somewhere near The Mexican Border.
God Speed

“Fade To Blue” is about a walk on the dark side of loss in the bowels of depression hell, and the sonic trip leads to the light at the end of the tunnel through redemption and salvation. Fade To Blue is a true rock n roll/symphonic masterpiece reminiscent of the Sergeant Pepper’s production. Give it a spin and you will get it?

The new singles are being released purely digitally, and high fidelity broadcast quality wav. files & mp3’s, and can be accessed for free to industry folks at http://www.airplaydirect.com/tornadomagnet Should you have any difficulty accessing this site and the music material therein, then please feel free to let us know and we will be glad to send you what you need directly.

About Tornado Magnet and their freshman release “Double Wide”
Winter 2010: Tornado Magnet is still riding at # 16 on The USA California Roots Airplay Report Chart and # 40 on The USA National Roots Airplay Report Chart for their freshman release “Double Wide”.
“Double Wide” is alive and burning up the charts with a bullet all across the pond!! Take a gander. European Country Music Association.www.europeancma.com

Here is what industry folks have to say about the Tornado Magnet record “Doublewide”
“It’s all delivered with a deliciously wicked sense of delight. It’s a country-rock extravaganza that celebrates the redneck lifestyle even while gently lampooning it. This is a very accomplished and polished recording with just enough grit to keep it credible. The musicianship is first rate and the songwriting is solid. These guys have a knack for writing lyrics that seem crude on the surface but are actually quite clever and poetic.” Mike Alvarez, The San Diego Troubadour

“Just letting you know we’re keeping the dream alive Downunder. You got my vote for Album of the month. Cheers, Eddie” THE COSMIC COWBOY CAFÉ 88.5 FM Sydney, Australia

“The guys in the band can flat-out play…in the style and spirit of the Blasters or the Beat Farmers.”
JIMTRAGESER NC Times

“The quality of the musicianship right across the album is of the highest quality. Mix in a bit of swamp pop and rockabilly along the way for variety, the whole adds up to a rip roaring time.” http://www.fatea-records.co.uk/magazine/releases.html

“Tornado Magnet, “Double Wide”, an excellent band very much keeping the country rock flag flying, remind me of the New Riders of The Purple Sage. Singer Phil Bensimon was part of The Hideaways, who had the excellent Whisky Tango sessions album a couple or so years back.”
Whispers on Bob Harris BBC-1

“On this album traditional country, blues and bluegrass stand side by side with Alt Country and rockabilly. The force of the playing works magic running along with the heart-on-the-sleeve vocals and the sing-a-long harmonies of the choruses. “Double Wide” moves the Americana/Alt Country genre forward by offering its influences way out front and obvious honoring both the new and the old. For me, these songs go far back into the early mix of rock and country, bringing in peer comparisons to bands such as New Riders of the Purple Sage. “ The Alternate Root Magazine http://www.thealternateroot.com/index.php?option=com_content&view=article&id=52&Itemid=106

“TORNADO MAGNET – the name implies a danger of standing a little too close to the band, and at 20 paces with a glass Of Tennessee whisky in your hand, these alt-country rockers will blow that glass & hat right off yer damn noggin. Phil Bensimon, The 2005 San Diego Music Awards Winner and 2006 as well as 2007 nominee is at it again.”
Chuck from The Troubadour

Tornado Magnet has created a melodic blend of Insurgent/ Alt Country Rock’n roll and Americana music forged with years of seasoned experience. Recorded at "The Village Studios, La Mesa CA, The début record by Tornado Magnet, “Double Wide”, on Big Bender Records, is flavored with gorgeous pedal steel work and honest, heartfelt lyrics soaked in equal parts whiskey and integrity. They weave their tales of small towns, drinking, cheating, loving and leaving. Tornado Magnet style ranges from infectious pop (“South Of The Border”) and raucous rockabilly (“Hook Up”) to bluesy (“Pistolero”). The band also brings Red Dirt flavor with a song about white trash mobile home dwellers riding round with shotguns and “drinking moonshine like lemonade” in a pick up (“Red Neck Renegades”). The Album also manages to touch on all acoustic bluegrass ballads like (“Reminds Me Of You”) to the classic country song (“Austin City Lights”). We are equally comfortable playing completely unplugged all acoustic shows, to all amped up loud rocker shows, and we generally do a combination of each at all shows.” Besides rockin’ and a twangin’, its clear Tornado Magnet also knows the power of catchy hooks and warm harmonies.

Tornado Magnet has been making waves internationally for a while, and with their ferocious live show, TM has created a devoted following of true believers, Tornado Magnet is known for making many southwestern nights little bit hotter.
Cool?
Your Amigos out here on the western frontier and somewhere near The Mexican Border.
God Speed
&
Muchosgrassinyerassiss!!