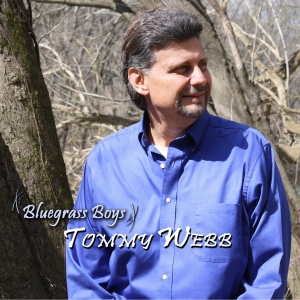 Nestled Just east of the big city lights is the lush story-filled Appalachian Mountain region of Eastern Kentucky, where life is simple and sounds of mountain twang & bluegrass music fill the air. Tommy Webb was born, raised and currently lives Langley, Kentucky, Located in Floyd County, near the well-known 'Country Music Highway' (U.S. Route 23). Music is a part of Tommy's root's and something he has a true passion to create. He began singing & playing guitar when he was just a mere 15 years old, in jam sessions with his buddies in the holler where he grew up. Fresh out of high-school Tommy began playing with a group called, The Pine Top Ramblers. Over the years he went on to perform with groups such as South Creek, Onlyne, and Clyde Bowling and the Southern Boys before starting The Tommy Webb Band in 2005. Tommy sings lead tenor & his main instrument is the guitar, but for an enthusiastic audience this crowd pleaser will burn it up the ole claw hammer banjo, kickin’ up a little dust in Dixie. Tommy is a talented, heartfelt, humble bluegrass writer and singer, “who can evoke pure emotion with every note”— (Tim Frye— WPAQ Radio). As Ron Stewart, Producer/Musician said, “Tommy is one of those rare ‘Down to Earth’, No Sugar Coating’ talents that comes along one in a grad while, that grabs you and makes you listen”. The Tommy Webb Band has four successful studio albums Now That Your Gone, Eastern Kentucky, Heartland, and From Rock-and-Roll to Bill Monroe each having enormous success on radio and chart action. In 2009, Tommy was honored as an official IBMA showcase performer. Tommy’s hit single “If it Weren’t For Bluegrass Music (I’d Go Crazy)” appeared on the Bluegrass Unlimited charts for 11 months rising to #4, and his single “From Rock and Roll to Bill Monroe” topped the charts at #8. Other hits and fan favorites include “Teardrop Inn”, “South of Cincinnati”, “A Hard Row to Hoe”, “Who is That Knockin”, and many more. Tommy Webb has a uniquely distinctive yet traditional vocal style that provides a sincere blend of traditional, gospel, & contemporary bluegrass music accompanied with genuine, unadulterated vocals variegated with powerful instrumentation.
7
What's This
Advertisement