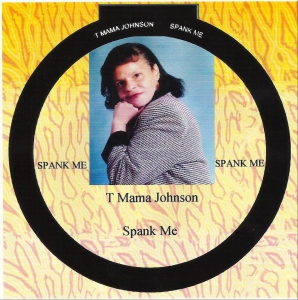 T Mama Johnson, born Glenda Washington in Newark, NJ with deep roots in Orangeburg, South Carolina. Glenda started singing in public at the age of five in a grammar School choir. She joined New Hope Baptist Church in Newark, NJ and became a member of The New Baptist Church Junior Choir. Later she became a member of the Metropolitan Community Choral. She eventually joined a band called "The Funknation" as their lead singer. After the band split, T Mama embarked on a solo career. "Spank Me" is T Mama's debut CD without the band.
0
What's This
Advertisement