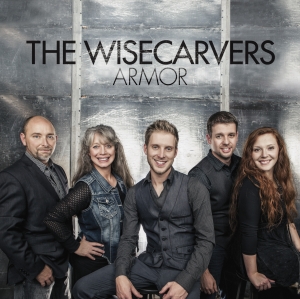 What started as singing a few songs at the family reunion, to helping with the music at their local church, what was once just a hobby became a dream. Through God's divine grace and favor The Wisecarvers have watched those dreams become reality.

Vince and Tammy Wisecarver both grew up around music. Vince began to play and sing at a young age and soon found out it was his passion. Tammy comes from a long line of talented musicians and singers so it was only natural when they got married that those talents would come together. As time passed they welcomed their sons Dustin and Chase who, of course, both fell right into the same musical boat. Dustin picked up acoustic guitar later followed by bass and harmonica. Chase soon found his niche on lead acoustic and electric guitar. Though playing instruments is something they all enjoy, singing is their first love. Invited to sing at a local church, the ministry that has become The Wisecarvers began.

The group is now made up of Vince and Tammy, along with sons Dustin and Chase, and Dustin's wife Kaila. Kaila sang with The Bradys, from her home state of Alabama, for 7 years before making the move to Tennessee in November 2011 when she and Dustin got married. She was also raised in a very musical family and grew up a preachers kid. She joined the group and was able to fill the soprano part. God's plans never cease to amaze.

Beginning with deep roots in their local church and trying their best to put God first, the Lord has helped shape this group for their journey ahead. The Wisecarvers call Erwin, TN, a small town in the foothills of the Smokey Mountains, home. They are proving to be one of the most exciting groups in Gospel Music today.

With influences ranging from Michael English to the Singing Cookes, they try to offer something for everyone while staying true to their unique style and Southern Gospel sound. God given talents allow them to write and play much of their own music with Vince on acoustic, Dustin on bass and harmonica, and Kaila on keyboard and bass.