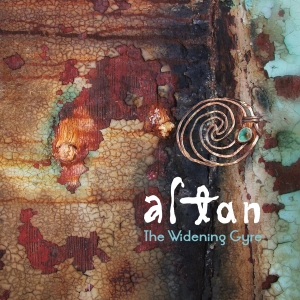 After nearly 35 years together—the longest running lineup of founding members in Irish music—the members of Altan were ready to flex their musical boundaries when they started talking to Compass co-founder Garry West about the direction for their latest project. With Garry in the producer’s chair and many good friends in the studio, Altan fused the traditional Irish music that they are known for, namely Donegal fiddling and Gaelic singing traditions, with American roots music, particularly that of the Appalachian bluegrass fiddle.

Recording in Nashville for only the second time and the first time for a full album, the band was able to gather many of the roots musicians they’ve met over their thirty years together, including Tim O’Brien, Sam Bush, Jerry Douglas, Bryan Sutton, and Compass co-founder Alison Brown.

The Widening Gyre straddles time as it manages to remind listeners of the ancient bond between Irish and Appalachian music while at the same time breaking new ground through collaborations between masters of American roots music and Celtic music.

The Widening Gyre is a compelling development in Altan’s story provng that they are still growing as artists, even after so many years together.
17
What's This
Advertisement