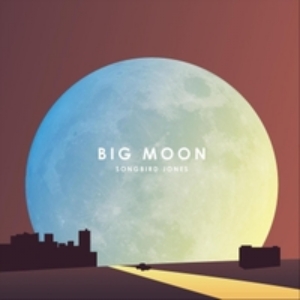 This man has hopes and dreams. His hopefulness is the driving force in his life. Then his hopes and dreams are shattered into broken pieces, both by the cruel world and the sins of the man himself. Slowly, time and persistence bring this man back from his shattered state to a place of richer hope than ever before and once again the perspective to dream.

This is the narrative of “Big Moon” the newest LP released by Songbird Jones. It starts at track 1 entitled “Big Moon” with each song progressing the story line until track 10 “Sunrise Lining”. Then it’s back to track 1 to tell the story over again. We fall down, wither, we get back up, learn, grow, move with a new hope, and new dream. This is the story of many a man and Songbird Jones tells the tale in a manner that is not overt, but like an album of the days of old. Every line must be mined to reveal the story in its fullness.

“Big Moon” is Songbird Jones’s 3rd album. Recorded in Austin, TX and produced by George Reiff (Shinyribs, Uncle Lucious, Band of Heathen and Ray Willie Hubbard). Nine songs written by Matt Jones and the final song written by his brother Alan. Listen to his life and hear your story as well.
4
What's This
Advertisement