The Muppets "A Green and Red Christmas" 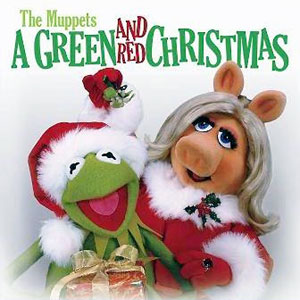 A Green and Red Christmas is a 2006 Muppet Christmas album featuring twelve holiday songs, including covers of classic Christmas tunes as well as newly written tracks.

Although A Green and Red Christmas is the third album released after The Walt Disney Company purchased the Muppets in 2004 (following Best of the Muppets and a re-release of The Muppet Christmas Carol soundtrack in 2005), it is the first full album of originally recorded Muppet material since Kermit Unpigged in 1994.

The album also marks the return of new music from Rowlf the Dog and the Electric Mayhem, albeit without Janice who is only heard musically (she was last heard singing in The Muppets at Walt Disney World in 1990).

The album won a Grammy Award for Best Musical Album for Children on February 8, 2008.
23
What's This
Advertisement